According to Sergei "these two most popular topics (tides and seasons) are arguably the most challenging for explaining them to the first year students of Introductory Astronomy". The presentation was very visual and engaging.

About the speaker. Professor Sergei Gulyaev (SECMS) is the Foundation Director of the AUT's Institute of Radio Astronomy and Space Research (IRASR). He graduated from Moscow State University with an MSc and then completed a PhD (1982) and DSc (1991). He went on to work at the Ural State University (Russia) where he was elected Head of Department of Astronomy and Geodesy. In 2000, Sergei moved to New Zealand to take up the position of Deputy Director of the Earth and Oceanic Sciences Research Centre (EOS), which he occupied until 2004. Sergei's main research interests are in the areas of astrophysics and radio astronomy. He has over 100 scientific publications, including the textbook Basics of Natural Science: History of the Earth, 3rd ed, 2000. He is interested in enhancing teaching and learning of university mathematics, physics and astronomy having published a number of journal papers on science education and books on popularisation of science and mathematics. 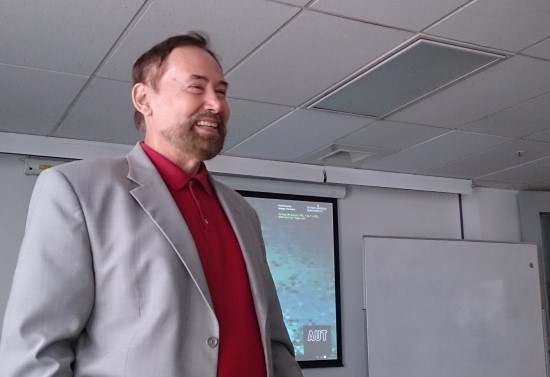 Professor Sergei Gulyaev at the seminar on 28 April