Seventy four AUT students participated at the AUT Students Programming Contest on two campuses – City and South. The event was organised by Phil Robbins and Stephen Thorpe with active participation of ‘our’ Jacquie Whalley. STEM-TEC was one of the sponsors of the event. The contest involved problem solvers, software developers and software engineers in teams of three against one another in a four-hour battle to solve and code as many of the algorithmic and logic challenges as possible in any choice of 5 programming languages. 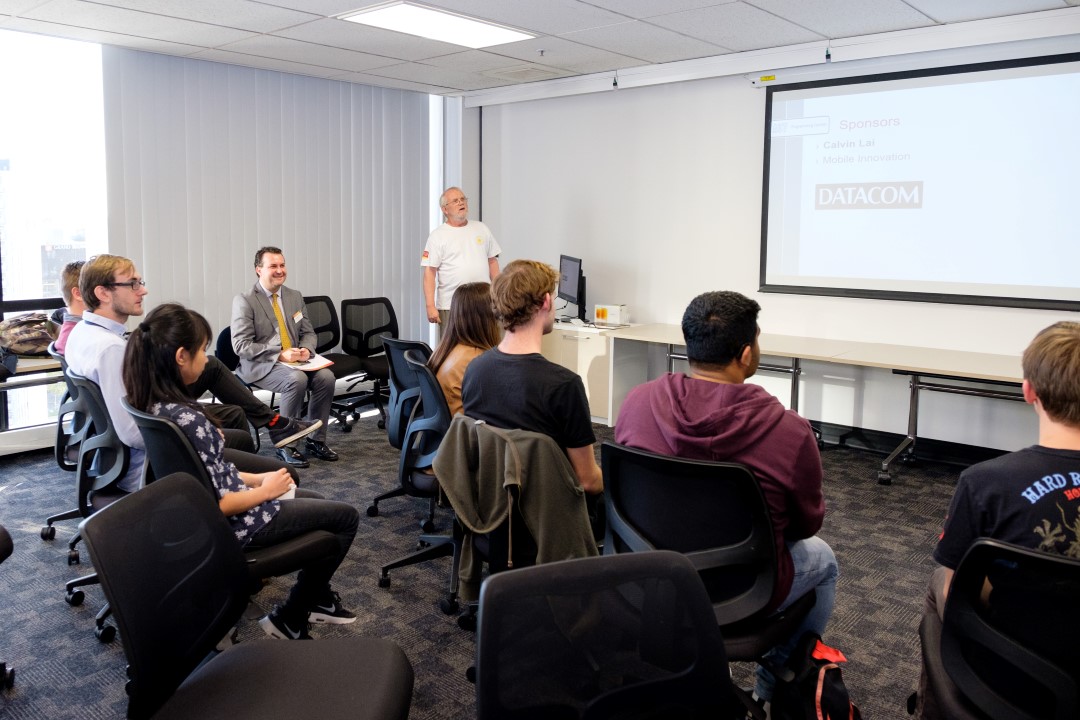 Students at the contest.