Projects of all kinds frequently reach a point where all the analysis is done, and the next step is unclear. The project team must be creative, to figure out what to do. Common creativity tools have been limited to brainstorming and related methods, which depend on intuition, fiat and the knowledge of the members of the team. These methods are typically described as psychologically based and having unpredictable and unrepeatable results.

TRIZ is a problem solving method based on logic and data, not intuition, which accelerates the project team’s ability to solve these problems creatively. TRIZ also provides repeatability, predictability, and reliability due to its structure and algorithmic approach.

“TRIZ” is the (Russian) acronym for the “Theory of Inventive Problem Solving.” G.S. Altshuller and his colleagues in the former U.S.S.R. developed the method between 1946 and 1985. TRIZ is an international science of creativity that relies on the study of the patterns of problems and solutions, not on the spontaneous and intuitive creativity of individuals or groups. More than three million patents have been analyzed to discover the patterns that predict breakthrough solutions to problems.

TRIZ is spreading into corporate use across several parallel paths – it is increasingly common in Six Sigma processes, in project management and risk management systems, and in organizational innovation initiatives.

Iouri Belski is a Professor of Engineering Problem Solving with the School of Engineering at the Royal Melbourne Institute of Technology (RMIT), where he has worked since 1996.  Iouri holds a PhD in physics from the Moscow Institute of Physics and Technology and has over 13 years of industrial experience in the fields of electronics, measurement and instrumentation.  He has published a book on systematic thinking and problem solving, over 70 peer-­‐reviewed papers, and has been granted 24 patents, which have been used by industry.  Iouri has also won numerous grants totalling over $2,000,000.

He is a recognised expert in thinking and problem solving, has consulted governments and industrial clients in Australia and abroad, and in 2009 was awarded the TRIZ Master status for his work on Theory of Inventive Problem Solving (TRIZ).  For his work at RMIT, he has received numerous awards including the 2006 Carrick Citation for Outstanding Contribution to Student Learning, the Inaugural Vice-­‐Chancellor's Distinguished Teaching Award in 2007, and in 2009 the Australian Award for Teaching Excellence.  In 2016 the Australian Government Awarded Iouri with the National Senior Teaching Fellowship. 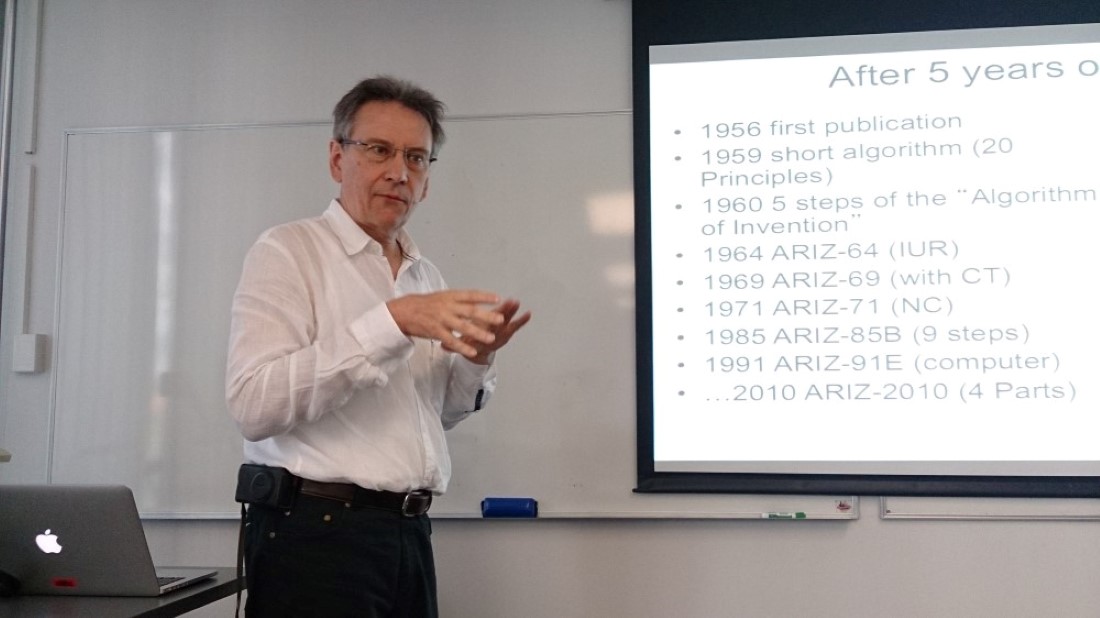