The lecture is organised and sponsored by STEM-TEC and DCT Faculty.

Title: Winning in a Crazy World – The Role of Creativity and Innovation

Abstract: What skills will we need to impact the volatile, uncertain, complex and ambiguous (VUCA) world we live in – and what roles will Creativity and Innovation play?  How can we nurture the Art of Creativity in this data-driven decade?

Kevin Roberts is an international business leader, founder, and educator. His company Red Rose Consulting (http://redrose.consulting/) counsels business leaders and employees on creative thinking, marketing, and leadership. Born and educated in Lancaster in the north of England, Kevin Roberts started his career in the late 1960s with iconic London fashion house Mary Quant. In 1989, Kevin moved to Auckland to become Chief Operating Officer with Lion Nathan, growing the company to become the region’s leading brewer. From 1997 to 2014 Kevin was New York-based CEO Worldwide at Saatchi & Saatchi, one of the world’s leading creative organizations, with responsibility for the effectiveness of several of the world’s leading advertising budgets including for clients Toyota and Procter & Gamble. He retired as Chairman of Saatchi & Saatchi in 2016. For 16 years Kevin was a member of the Management Board of Publicis Groupe, the Paris-based global communications group active in 108 countries and employing 80,000 professionals, as it grew from the world’s seventh largest communications group to the third.

He is a former director of the New Zealand Rugby Union and former Chairman of USA Rugby. He also served on the Board of New Zealand Football and as a Trustee for a Team New Zealand America’s Cup challenge. Kevin has homes in Carefree Arizona, New Jersey, Auckland, and Grasmere in the English Lake District.

He has made presentations to business audiences in 60 countries, with a San Francisco technology reviewer noting, “Kevin Roberts was arguably more entertaining and more informative than any other speaker, speaking about any other subject, anywhere. That is saying a lot, but during the hour of his speech, there was nowhere else in the world that I would have rather been than in his audience.” 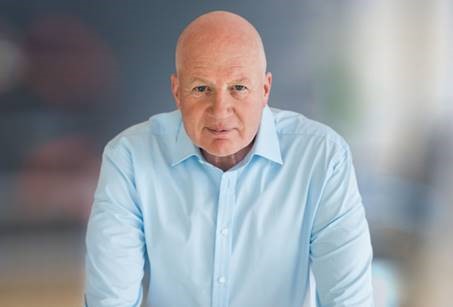