19 September 2015: Workshop “Beyond our Blue Earth? Physics and Astronomy” for high school students from South Auckland

This workshop was the fourth in the series of six workshops on STEM subjects for South Auckland youth run by STEM-TEC and CoLab at AUT's South Campus over August-October. The workshops are supported by a $19,000 grant from the Ministry of Business, Innovation and Employment (MBIE) initiative "Unlocking Curious Minds". The presenters of this workshop were Professor Sergei Gulyaev - Director of AUT Institute for Radio Astronomy and Space Research, Jordan Alexander and Benjamin Hart.

Forty five students from South Auckland schools attended the workshop. The participants were fascinated by the advances and new frontiers in physics and astronomy and were actively engaged in some hands-on activities modelling distances from planets in our Solar System on the floor. Three prizes (vouchers of $100, $70 and $30) were given to the most active participants.

A short video and some photos from the workshop: 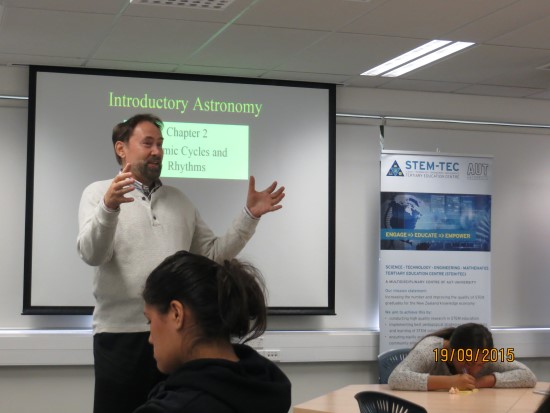 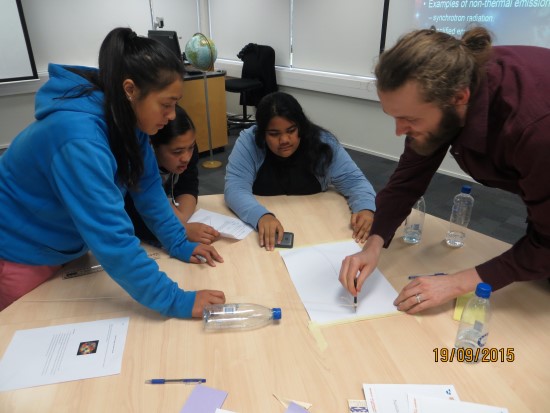 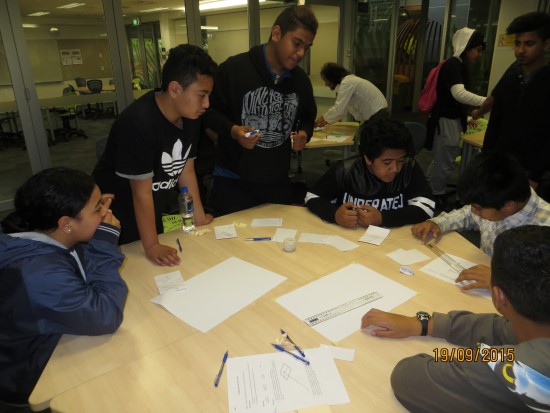 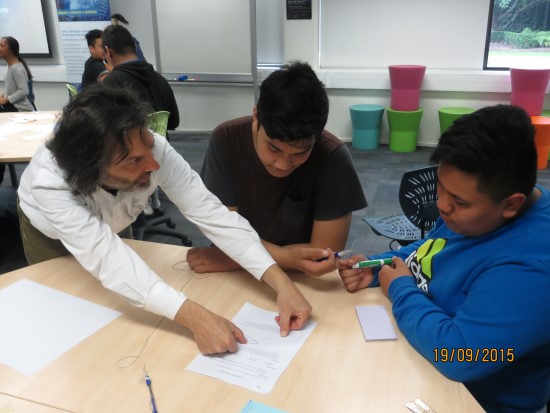 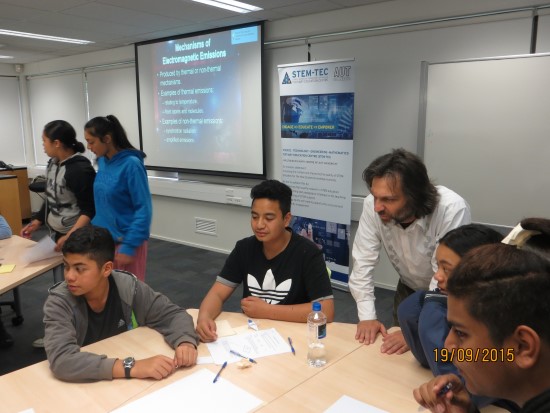 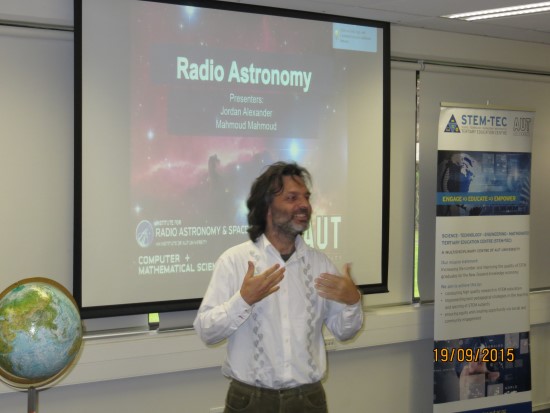