Abstract: This talk presents the results of a pilot study conducted with the second year undergraduate students studying engineering mathematics at AUT. The lecturer used puzzles, paradoxes, provocations and sophisms (PPPS) from calculus as a pedagogical strategy on a regular basis over six weeks. By a puzzle we mean non-standard, non-routine, unstructured question presented in an entertaining way. Typically a puzzle appears deceptively simple. By a paradox we mean a surprising, unexpected, counter-intuitive statement that looks invalid but in fact is true. By a provocation we mean a question that looks like a routine question but in fact has a catch. By a sophism we mean intentionally invalid reasoning that looks formally correct, but in fact contains a subtle mistake or flaw. The intention of using PPPS was to engage students' emotions, creativity and curiosity and also enhance their lateral thinking "outside the box". Students' attitudes towards this pedagogical strategy were evaluated via a short questionnaire. Examples of PPPS and analysis of students' responses to the questionnaire are discussed in the talk.

About the speaker: Sergiy is an Associate Professor of Mathematics in the School of Engineering, Computer and Mathematical Sciences and the Founding Director of the STEM-TEC Centre. He has 35 years' experience in teaching university mathematics in different countries. His recent research interests are in mathematics education. He is an author of more than 200 publications. Sergiy is a Fellow of the Institute of Mathematics and its Applications (IMA) based in the UK, a member of the Royal Society of New Zealand and several international organisations on mathematics education. 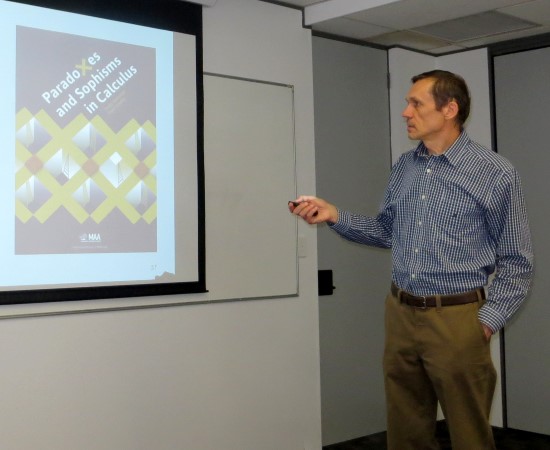