Abstract:
With more than 17.000 islands Indonesia is one of the largest archipelagos of the world. This inducts a huge national development task. But it also holds the chance to become one of the world's forerunners creating sustainable regional and local human-environment systems. Core problem of the development of small, outer islands is how to initiate and to sustain economic & social development whist protecting environment/abundant biodiversity. A number of joint projects between Germany and Indonesia involving university staff and students will be discussed.

Bio: Norbert Grünwald has been working as Professor of Operations Research at Wismar University since 1992. He was the Dean of the Department of Mechanical Engineering/Process and Environmental Engineering from 1998 till 2002. From 2002 to 2014 he was Vice-Chancellor of that University. Currently he is Director of Robert-Schmidt-Institute of Wismar University. His recent research interests are in engineering education. He is the chairperson of the conference series "International Conference on Engineering and Business Education (ICEBE)". Widely involved in the Bologna Process of European universities, he was nominated to work for and in national and international accreditation agencies and is broadly engaged in industry and the community affairs. 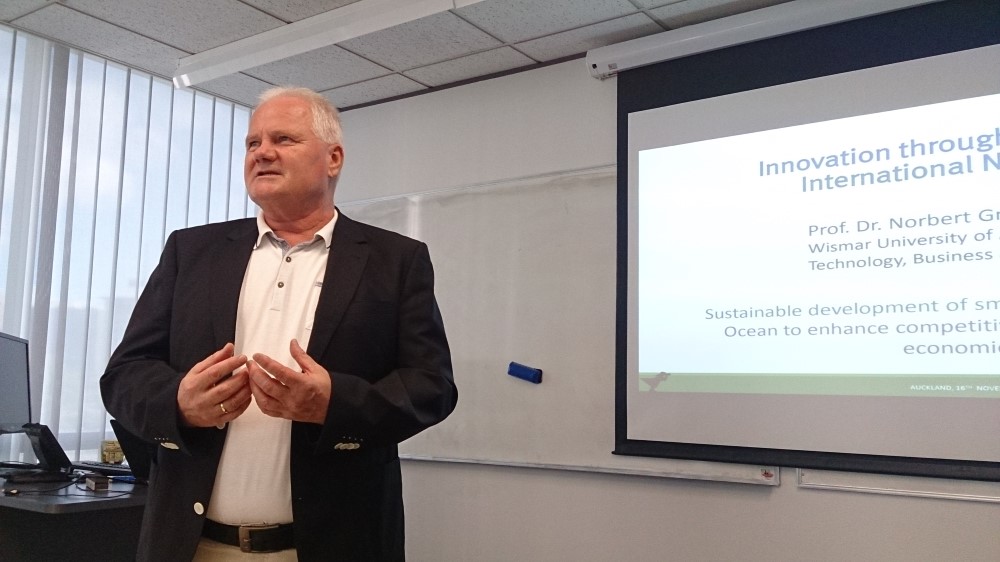